HOW TO PICK THE BEST DAY TOUR FROM MELBOURNE 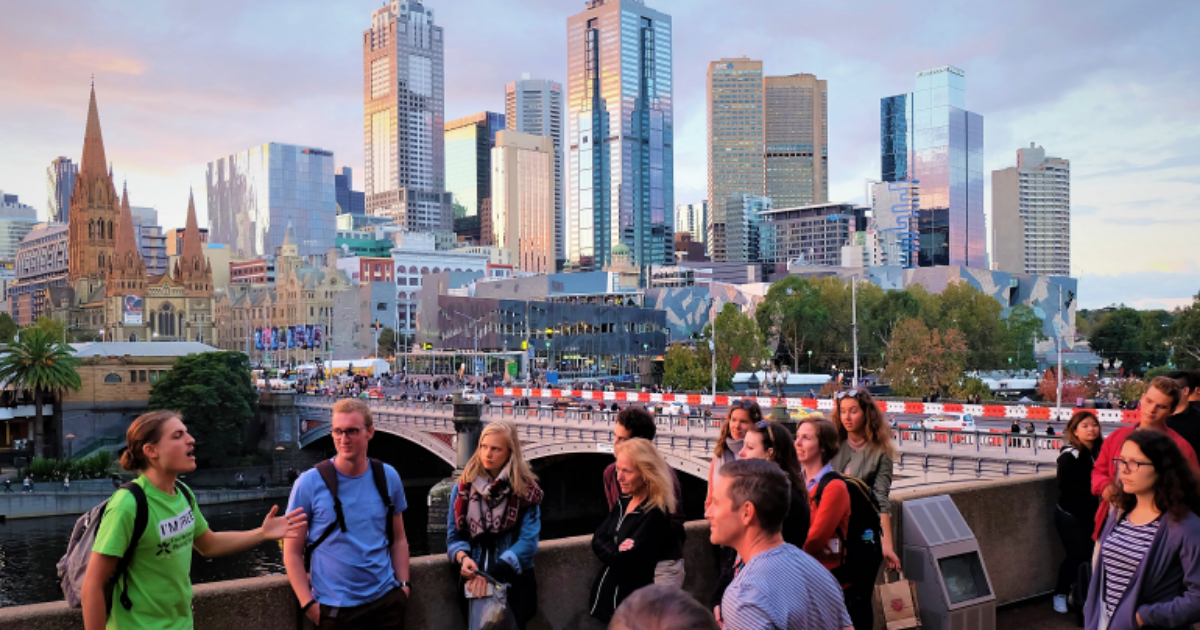 Why go on a day tour from Melbourne?

There’s so many places to see in Melbourne, but this is a big place. In fact Melbourne is so big that it has been ranked the world’s second most liveable city by The Economist Intelligence Unit. That means there are heaps of things to do and due to Melbourne being known as a foodie capital there’s even more amazing things to eat! So that’s why going on a day tour from Melbourne can be helpful if you have limited time here and want to get out and explore.

What should I know about day tours from Melbourne?

If you’re choosing a day trip from Melbourne make sure it’ll take you somewhere worth visiting and that you feel comfortable if the group size is bigger than ten. You’ll also want to see whether or not they have their own transport too, because Melbourne’s public transport system is pretty awesome so it can be useful to use that instead.

What are big bus tours?

Big bus tours are groups of people traveling in a large coach or charter vehicle for between eight hours and one day. Melbourne has its very own Big Bus Tour which takes passengers around Melbourne’s main attractions on an open top double decker bus with free commentary provided through headphones available at each seat. Melbourne City Tours offer another way to get around the city with professional guides leading students, families, backpackers and local visitors on a Melbourne city tour. Melbourne’s City Sights also offer a Melbourne sightseeing bus service including Melbourne city tours and Melbourne day trips, taking visitors to Port Phillip Bay, the Yarra Valley and Dandenong Ranges.

What are the benefits of going on a big bus tour?

Big bus tours can be a great way to get around Melbourne in a day if you’re with a group or don’t feel confident using public transport. You’ll likely get your own designated seat so won’t have to worry about finding room for yourself too! Plus on most tours you’ll get complimentary water on board and some even include snacks like chips and chocolate bars.

Can I go on my own on big bus tours?

Yes you can! Most Melbourne day trips from Melbourne will have a tour guide who’ll pack up the bus at the end of each trip but if they’re not doing that then there’s no need to wait around. Make your own way back to Melbourne and do whatever it is you feel like. Browse Melbourne markets, visit an art gallery or get lost in Melbourne CBD’s laneways until you find yourself back on Bourke Street Mall again. It’ll be fun, trust us.